Prateek, the instructor of Trade Academy showed the strategy which is simple – In an intraday 30-min chart after a noticeable gap up or gap down; if the first candlestick is green (bullish) then it’s a buy and vice versa.

Stop Loss will be based on your risk:reward ratio. Here is an example he shared on his course video which I originally shared when I wrote about this fact in my blog here. Currently he has deleted the entire video it seems but as you can see it is hitting Stop loss before the target. So basically the trade will stop.

So the method was useless to me. But one thing is – I have never seen anyone like Prateek who understands what he is talking about and is able to present it in an interesting manner. So he pumped me into Indian Share Market! Kudos.

I applied this concept to Options. I generally look at “At the money” options. I was looking at the chart of NIFTY16DEC8100PE yesterday to find swing high and swing lows to apply my price action strategy. I got a mail from Open Trade that Taurus, one of the traders I follow sold the put options @ 137.25.

I never apply Open Trade in my live account without analysing it. I didn’t place the trade because I was certain that NIFTY was bound to open low or fluctuate enough to give me another selling opportunity at today’s market opening.

There is a way of knowing about market opening even way before it’s opening. Just head to the site of SGXNIFTY. Singapore is 2 and half hours ahead of us. So it is showing a bullish nature then our market will conform the same with high probability. You can confirm this plotting the NIFTY opening data along with the SGX NIFTY’s price of 8:50 AM IST. You will find strong correlation.

But sometimes it doesn’t happen so. In Saturday, RBI announced banks to keep all the deposits they received between September 16 and November 11 as cash reserve requirement. So it will certainly tank Bank Stocks. Banks dominates with high market weightage in NIFTY. So it was bound to open low. Airtel was certainly intraday choice but the Gap Theory strike in. It was a pure red bar in formation. But I shorted Prabhat because it has more probability to come down as you can see in the 30 Min chart. It went out of Bollinger band to a large scale.

So here are my intraday trades today.

Though NIFTY16DEC8100PE touched 120 today but I do not like to glue to the screen giving moral inspiration to make God pull the candlesticks down and giving me profit.

If you saw the above NIFTY options chart you can see how it reversed the parabolic SAR in a single candlestick which happens seldom but it gives strong directional trend. In this case, it is bearish nature.

Combining the Gap Theory with fundamentals is a simple and profitable strategy. 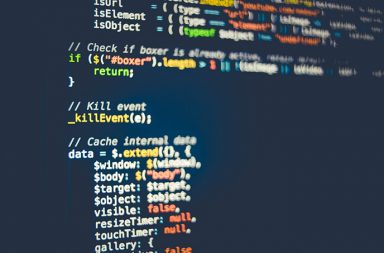 Automate Your Own Strategies Directly on Server

How to download Historical data from NSE using Python

Candlestick Charts in Python with NSEPython and Plotly

How to find the beta of Indian stocks using Python?