The priority of Time frames

Do we have to look from higher to the shorter time frame or shorter to the higher timeframe for executing orders?

The next immediate rational quest for this will be to analyse the risk and reward i.e. if I decide to sell Jet Airways in monthly time frame what should be our stop loss and target? What is the probability of hitting the target? The lower we sell the lower the amount of profit we make and the higher the chance that demand kicks in and it started reversing! 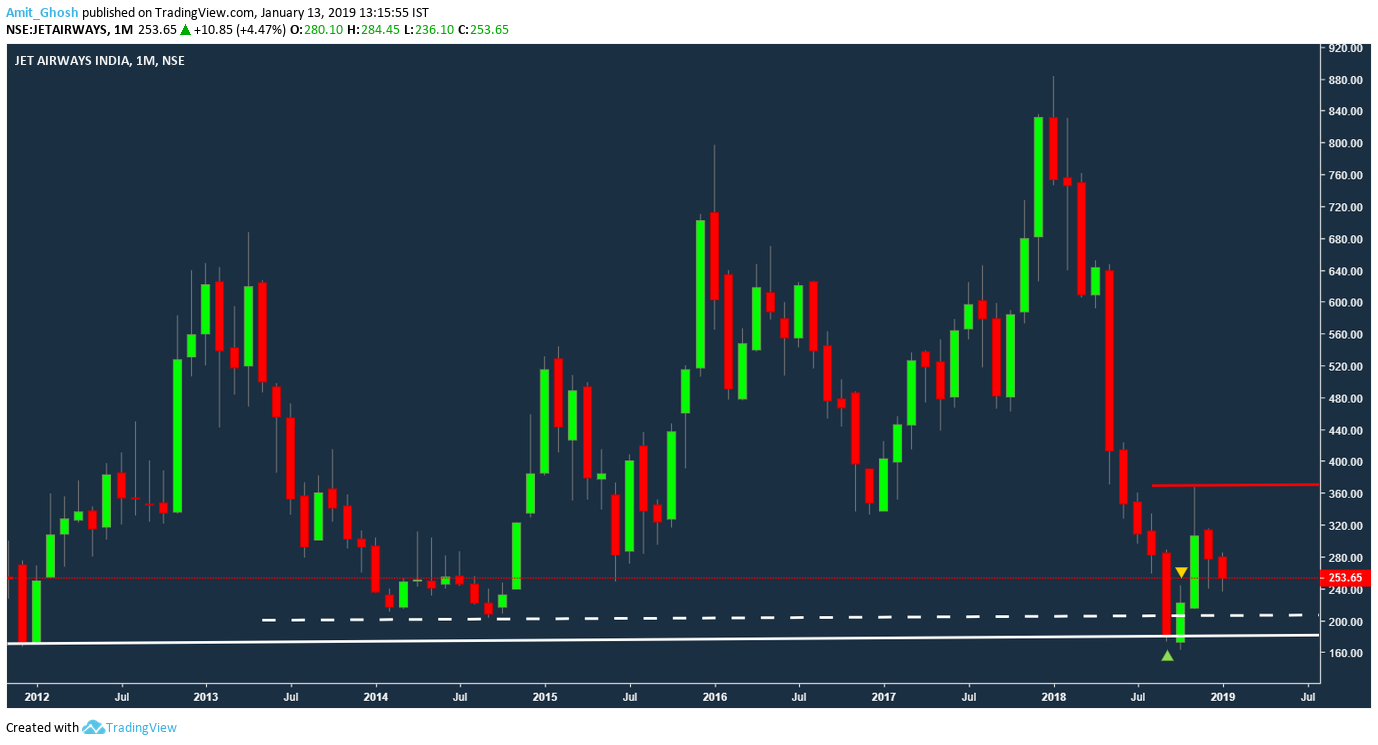 Looking at the Jet Airways monthly chart we can see if we sell now, a normal rational person will keep the stop loss at the red line.

The white line is the target but there is a chance that it can also reverse form the dotted line (We are assuming it will follow the pattern right? 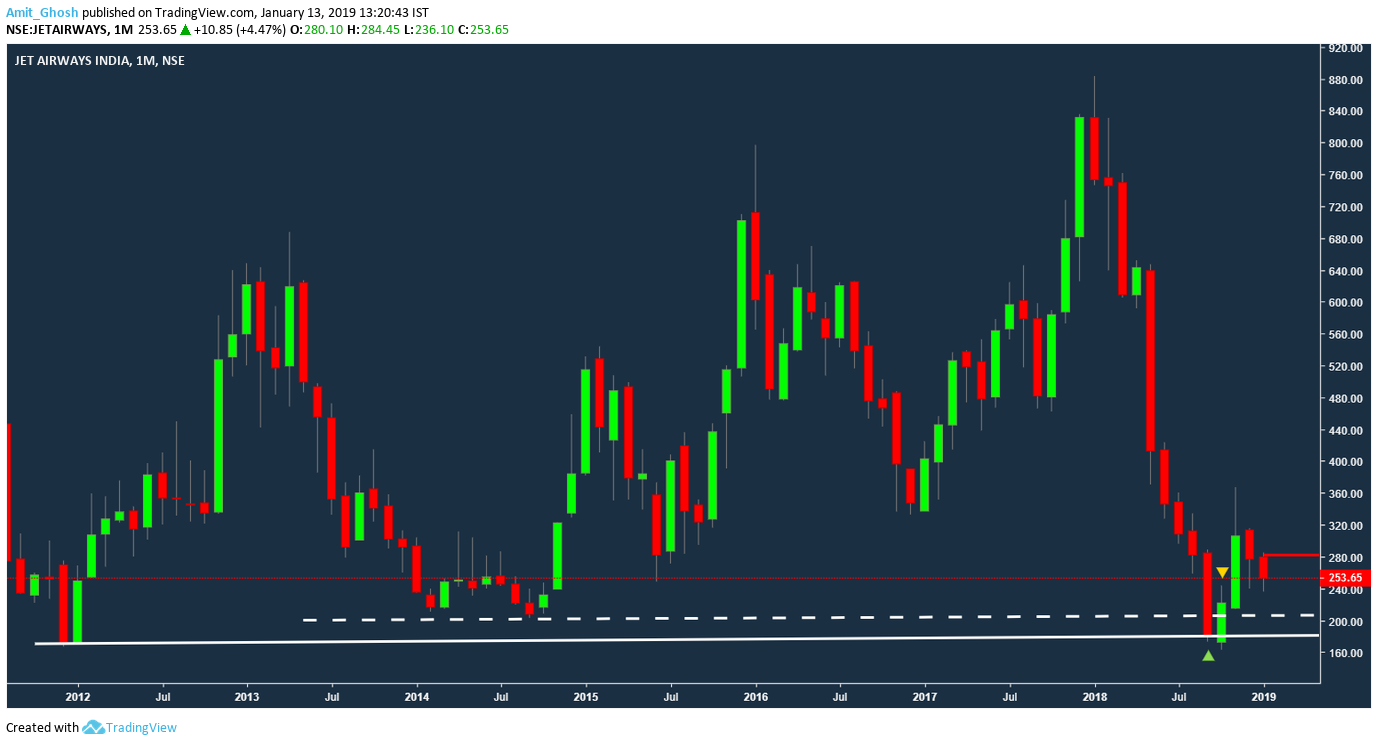 Also if someone wants he can put the stop loss to the high of last candle. That decreases the amount of the risk being taken but also effectively increasing the chance of the risk itself. But as said earlier, it is moving in a range bound way and is at the bottom where it generally reverses towards the upside.

What about this contrarian view? Let’s buy it here with a stop loss and put the target in the middle of this huge consolidation. Do note, the choice of target, stop loss and proper entry will be discussed thoroughly later on. But we can safely assume that it will go at least half way in this consolidation if our view is correct. Right?

Now there are also external factors which one can not rule out. Like, Election 2019 is coming. History vouches for sharp bull runs every time after an Indian election. Hence, the probability of going up is higher.

When you drop a ball, it bounces only to fall again. After that, It bounces again but this time, the rise is lower than before. Right?

So, in the larger time frame even if the short is triggered, the stock doesn’t fall like a stone. Our aim is to short when the bounce happens! That will give us the maximum returns.

If a stock is showing buy in the lower time frame and it is showing sell in the higher time frame, One should either wait for the setup of lower time frame to trigger or to become invalid. The highest profit will come if one shorts at the end of the bounce i.e. when the ball rose to some extent and about to fall again!

But this is called micromanagement. Although it gives the best return, it is also complicating the decision-making process. The more decisions we make, the higher the chances of mistake. So, if you follow the higher time frame, you can just short it with proper risk management. The Ball is supposed dead anyways as per the bet.

A trade can be short and long at the same time in the same time frame. Now based on what, a trader chooses to buy or to sell or to do nothing is what gives him his edge and makes him successful.

The decisive factors of doing what in that time frame and managing the trade are too more important than the time frame itself.