The Coffee Can Portfolio – Stock to invest for 10 years

This is an article way dated back to 1984 written by Robert who was a senior fund manager for Capital Group companies. This asset management firm has giant with AUM of 1.7 trillion USD as of today.

Based on the investment principle shared on the article, known as ‘Coffee Can Portfolio’, I made my portfolio stocks to hold and forget for 10 years in October 17 in a discussion happened in Unofficed Chat.

Portfolio appreciated by 19.5% so far in last three months.

Interested in the magic formula? I’ll tell the whole of it!

The story of a Lazy Client

Kirby joined a tin Capital group in 1965. Back then Capital Group used to provide investment advisory service only! The article made a stir followed by major VCs and investors like Softbank, Peter Thiel.

The Coffee Can idea first occurred to me in the middle 1950s when I worked for a large, investment counsel organization, most of whose clients were individuals.

We always told our clients that we were in the business of preserving capital, not creating capital. If you wanted to get a lot richer than you already were, then you should hire someone else. We were there to preserve, in real terms, the client’s estate and the standard of living that it provided.

The potential impact of this process was brought home to me dramatically as the result of an experience with one woman client. Her husband, a lawyer, handled her financial affairs and was our primary contact. I had worked with the client for about ten years when her husband suddenly died. She inherited his estate and called us to say that she would be adding his securities to the portfolio under our management. When we received the list of assets, I was amused to find that he had secretly been piggybacking our recommendations for his wife‘s portfolio.

Then, when I looked at the total value of the estate, 1 was also shocked. The husband had applied a small twist of his own to our advice: He paid no attention whatsoever to the sale recommendations. He simply put about $5,000 in every purchase recommendation.

Then he would toss the certificate in his safe-deposit box and forget it.

This process of buying and not selling later led to a massive portfolio in just ten years. It was mainly because of one company which was worth 2000$ and transformed into $800000.

The company was called Haloid then which later emerged as Xerox.

In Old west US, people used to secure their valuables by putting them in a coffee can which was placed under their mattress where it used to stay like buried treasures like decades. 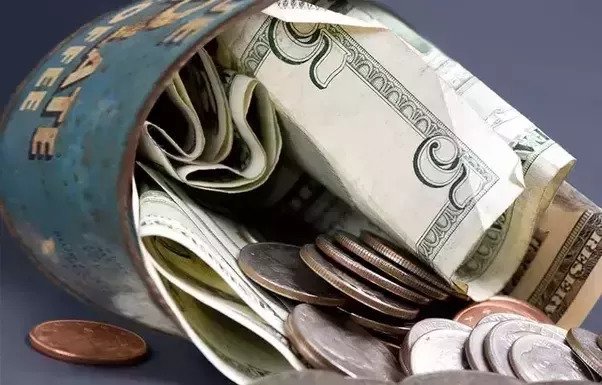 Let’s introduce the value investor in the top of a trading mindset. Why is Porinju this much famous?

Investors love him and follow him blindly. Traders hate him as generally it creates a huge bubble due to massive buying and it bursts costing money creating panic among retailers.

What traders see is a short-term view! But the same guy gave these stocks –

As per our quantitative analysis on 170 investment ideas posted by him in the span of 7 years; it has made a staggering return of 386.25% XIRR basis.

Now you see why Softbank, Peter Theils invest in many places. They invest like turtle eggs. Thousands of eggs but only few get hatched and land on the sea.

I’m a fan of Silicon Valley soap from HBO –

Peter Gregory is the impersonation of Peter Theil. If you have read Peter’s Zero to One (or just review here – Zero to Some: A Critique)

Let’s come back to the stock market.

What is the stock selection criteria? The first set of rules were defined in a book named “The Unusual Billionaires”) by Saurabh Mukherjeea of Ambit Capital.

First, how you call a company, good company? Here are some rules set by the author –

India’s nominal GDP rate (Nominal GDP = GDP adjusted with inflation) is growing in an average of 14.3% over past ten years.

What is the difference between Earnings, Sales and Profit?

Now let’s talk about the second condition which is – “The ROCE should be 15% at minimum for past 10 years.”

If you are investing in some company, you are risking your money looking for some return right?

If over a long period a company gives 15% ROCE then you are assumed to have 15% annual profit compounded as a compensation (Read profit) to invest in that business.

You must know his logic so that you can modify accordingly.

Now we know how to find it, Let’s find it!

This is the formula of finding Non-financial services companies for coffee can portfolio.

For financial services companies we need to add two more metrics which we shall discuss later on. Banks, NBFCs doesn’t thrive on ROCE only. It’s a bit more.

You have already found the beast companies. Cheers !!!

But, let’s tune it more as Screener.in doesn’t give 10 years of data; so we have limited arsenal for stock selection.

Here are the final rules for screening stocks modified by me –

It’s good to be back in Quora.

The portfolio is already appreciated by 20% in last three months.

Back to Course
Next Lesson