How do I perform market sector analysis properly before stock picking

I was looking to buy a Nigerian News site as I’ve some affairs over Sierra Leone and Nigeria. It was Jan 24. I was looking for broken links on the site to analyze.

I’m very attached to Tea Industry as you can see here What is a tea brokerage? and their news but wasn’t following since demonetization.

My appetite of finance made me finally figured out a good opportunity. It was a high-risk one as some stocks were still falling then. On Jan 24, I bought tons of tea and coffee stocks got executed on my father’s managed portfolio.

I was certainly late for the trade but I made a good number as of now. Will hold it till my trailing stop losses get hit.

Keep reading these random facts of my investigation till you can connect the dots.

The largest importer of Indian tea is Russia — over $200 million over the past two years — followed by Iran, UAE, U.S., UK, Germany, Kazakhstan, Pakistan, Netherlands and Japan.

Well, all importers are normal. I checked with Tea Board of India data.

Favorable climatic conditions prevailing during the cropping season have resulted in production in 2016. But,

Exports have dropped by 2.46% in the period January to November 2016. Indian tea has faced tough competition in the world market from Kenyan tea in 2016.

This year the Russian market has fallen flat. The country has imported 39 million kg of tea from India this year which is the same as last year.

Another comment from Tea Board Association Secretary. The market had expected lower! So Market will appreciate it, though. Production figures were very good in the demonetization timeline. And, Planters and traders expect prices to witness some recovery from April. So it is a hold?

Who exports the tea most? 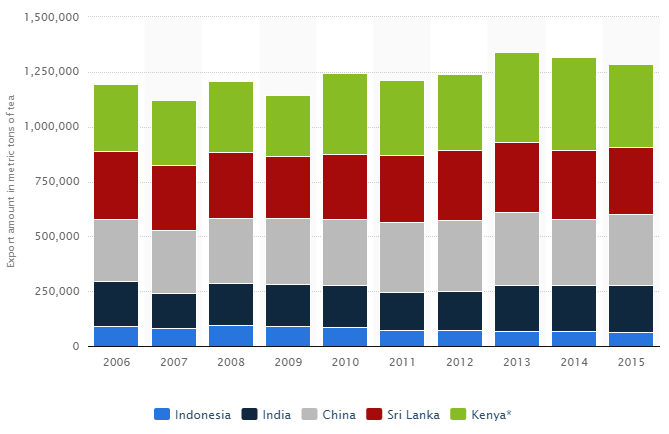 I came to this data – 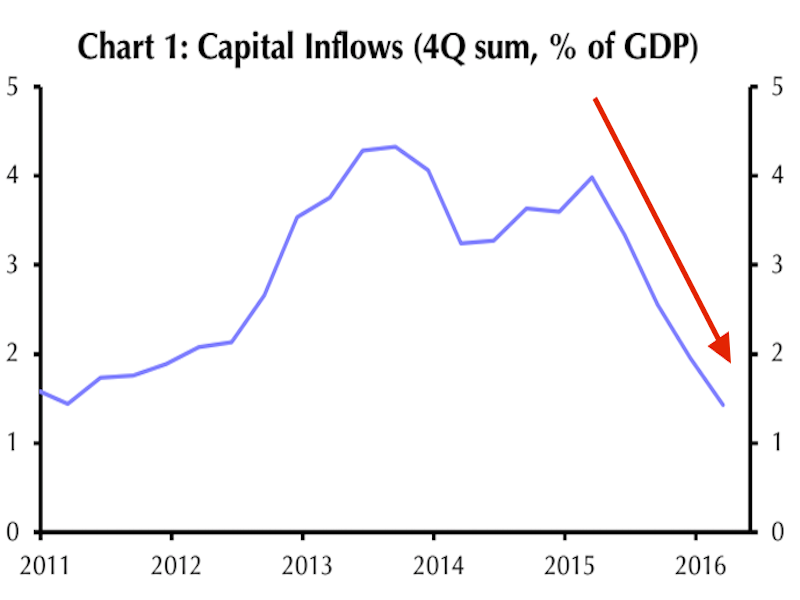 Foreign investments into Africa’s biggest oil producer came in at $711 million in the first quarter of this year, a whopping 74% drop from a year prior.

The flow of foreign capital into Nigeria is drying up – and it’s a huge blow to its economy. Well, Nigeria portfolio inflow’s reduction was inevitable due to low oil price. I had bought Oil for long back then.

I came to know from this news of ETMarkets that rainfall in Kenya moves the oil prices to a good extent. The production gets reduced or increased to the tune of 30–40% which is huge if you calculate from the above figures.

The dots are connected

Now read up these bullet points. It will all come up clear at the end.

I ran some scripts to find a correlation with data of the outcomes and the results came positive. However, these are the companies I had invested –

Finding the correct company to invest in a sectoral research like this is a time-consuming process.

The easiest way to do it is

Then comes how much you can invest, I have this already solved by choosing stocks with highest market capitalizations. There is no volume problem. I invested around 12.5L.

I found today as a supreme bullish day for these stocks but the probability of profit was hard to determine as I was unsure of RBI’s impact!

Now, this guy gave me a gem. I earlier had picked those stocks from Moneycontrol site. If you love stock market, you’re welcome to join our slack channel.

McLeodrussell large tea producer and exporter in India. Should benefit from higher prices. Results were bad due to low tea prices. That’s going to change so, next quarter might be great. 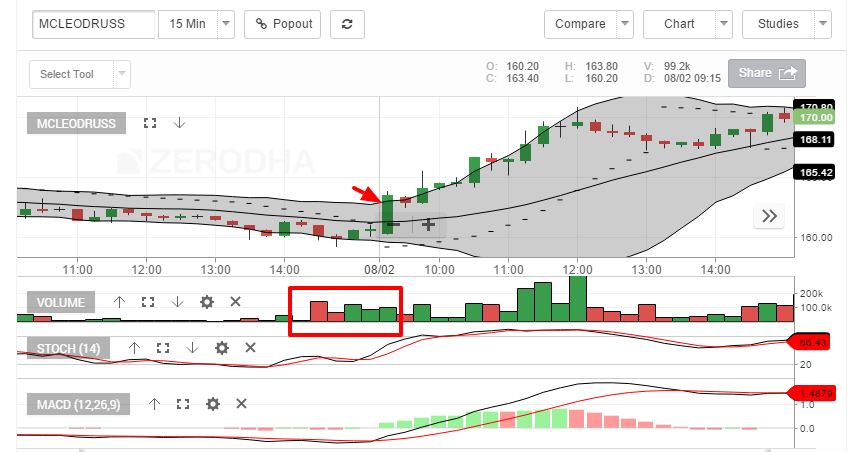 The stock had a confirmed invitation! 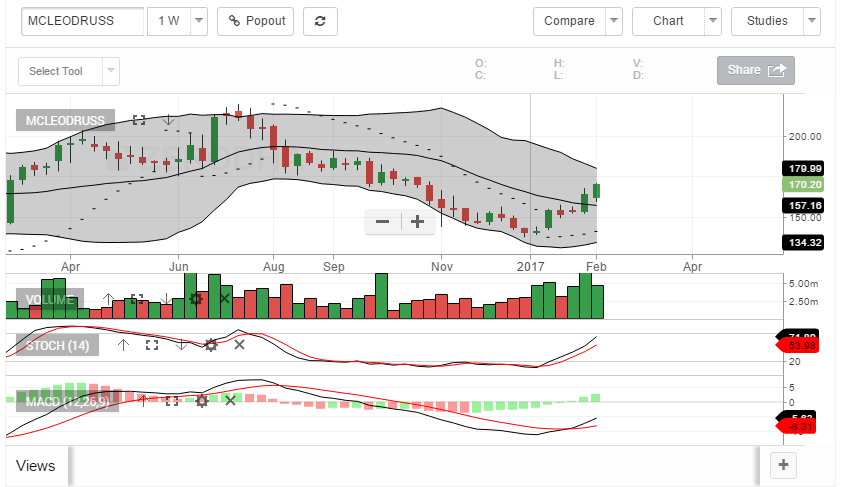 In my Core-Satellite Portfolio, I have always tried to allocate stocks in a way so that I book profits after one year! It looked damn well on the weekly chart. There may be a reversal seen due to profit booking (read, correction) but I see it will touch 200 in short period as the results will come good in April.

Invested 2K shares! I will analyze more and may increase my take on it. But you can wait for a reversal though.

PS: If you do not know what a trading invitation based on volume means, then I suggest you reading the book How to Make Money in Day Trading: Trade on an Invitation by Mandar Jamsandekar

So for market sector analysis –

So find the indicators that drive the sector. Trump’s policies that tanked Indian IT industry will not have effect onSugar Industry. Also Uttar Pradesh elections will impact more on sugar shares than on companies like Delta Corp.