How do you find out the breakout direction of NR7?
Intraday Strategy: NR7

The term “NR” in “NR4” or “NR7” means “Narrow Range”. Narrow Range Strategies are basically Price action strategies (i.e. it relies on the only price of the stock and doesn’t take account of other things like – indicators, volume, sun and moon’s location, etc.) 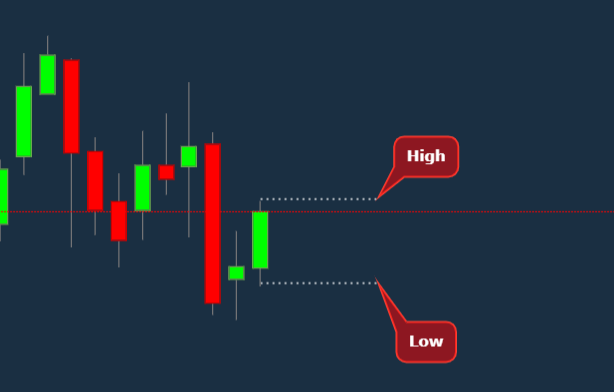 Narrow Range Patterns was first coined in the book Day Trading With Short Term Price Patterns And Opening Range Breakout by Toby Crabel. The book showcases an in-depth analysis of many theories and their subsequent patterns based on just Open, High, Low, Close of a said security and their statistical outcomes.

The Theory of Contraction and Expansion:

The philosophy behind the pattern is similar to the Bollinger Band Squeeze: a volatility contraction is often followed by volatility expansion. In this case, Volatility is being quantified by “Range” of the prices.

NR7 is the term given to a day that has the daily range smallest of last 7 days including that day. Although NR Strategies started using prices of Daily Timeframe, The core theory is valid for all timeframes with more increasing uncertainty in smaller timeframes. 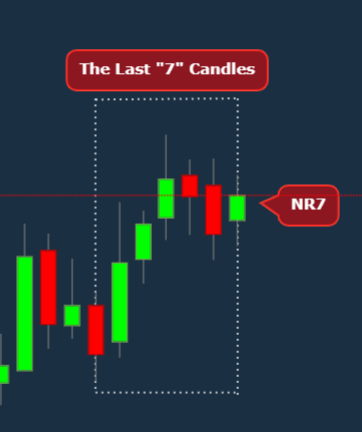 So, Instead of referring to “day”, We will refer as “bar”.

Similarly, In, NR4 Strategy, we try to identify stocks where the range is narrowing and the current bar’s range is the lowest amongst 4 bars ( i.e. 3 bars excluding the current bar).

NR7 is a way of creating a watchlist. There are many widely popular strategies that deal with stocks from the NR7 watchlist (How/When/What to enter/exit).

One of the most popular methods is to refine the watchlist with inside bars. The NR7 stocks will be checked if their last bar is an inside bar!

So, the probability of winning automatically improves.

Here is the final scanner – 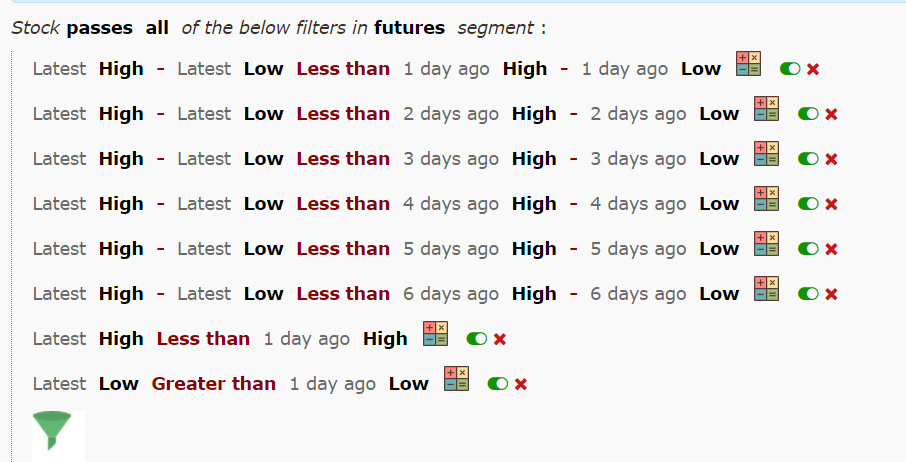 The primary trading idea of NR7 Setup here is –

Yesterday, It had the Narrowest Range day in the last 7 days i.e. NR7 day and it was having an inside bar. It trigged buy at the beginning of the day and ran with good momentum.

The day before yesterday, Axis bank was having NR7 and Inside Bar day and it triggered sell. That ended in profit.

But, Yesterday, Axis bank had NR8 day because the range created on the NR7 day ended up narrower. But, ironically, this time, it triggered buy. That ended in massive profits.

But, let’s stick to the first said method only.

You can find more examples in this article – How do you find out the breakout direction of NR7?

Previous Lesson
Back to Course