Let’s discuss a case of Fedbank which happened recently. This trade idea was posted the moment Fedbank declared results and it shot down.

We have no idea how the results were. But the bet is even if it keeps falling, it will make a small retracement (similar to the ball’s bounce). Now there are two ways to monetize it –

Buying it with a small stop loss to catch the small retracement. Also, We need to book the profit quick as if there is any sign of falling again.

Selling it with small stop loss once the small retracement is done.

So, to find when exactly to buy it which is the first case (The white lines are called trend lines and we shall discuss later on about how to find those lines), we are looking at 3 minutes time frame (the results were just declared and the movement was too volatile and hence the lower time frame) and as well as looking at daily time frame. 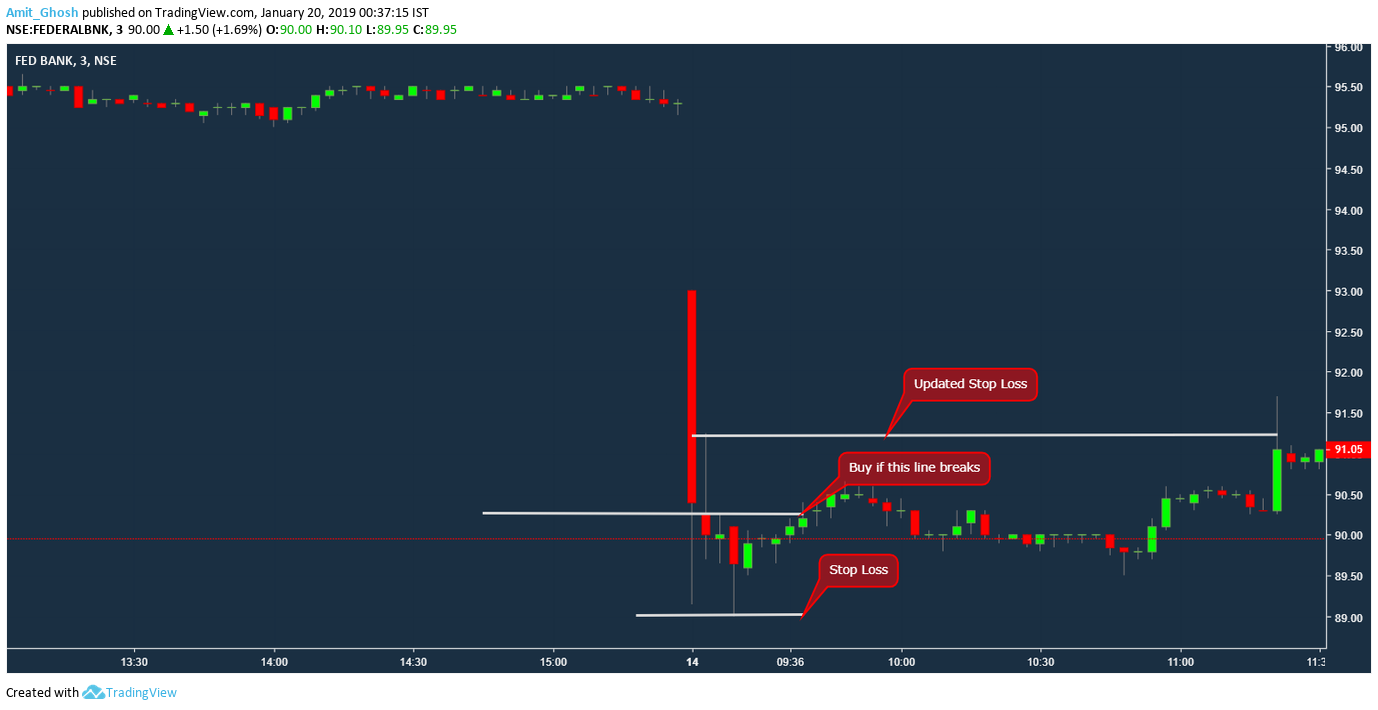 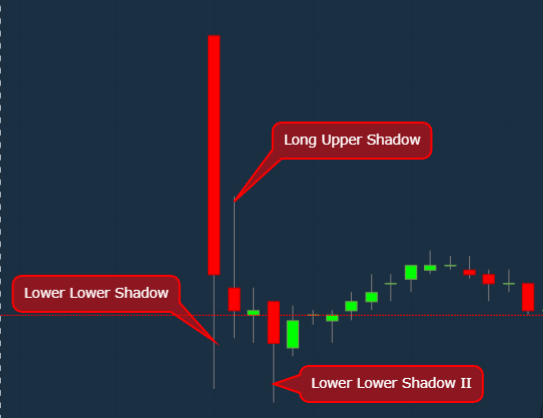 Last time the long shadow is created because bears overpowered bulls. Now, it is broken means bulls managed to beat the bears. Now, if it gets broken, it will only mean bears got their control back!

In that case, not only the buy trade should be closed; one should also sell it immediately with a tight stop loss for a small gain (small because we are seeing lower time frame which is full of noises!) . Anyways, our trailing stop loss was hit and we made a small gain.