Today we will discuss another Bollinger Bands Trading Strategy using Bank of India Trade which was demonstrated life earlier.

Hopefully, you have interpreted the Bollinger Ride Strategy and its failed case which we call 3BB but what happens if 3BB fails too. It does happen many time right? Let us see some examples –

This is BankNifty case. 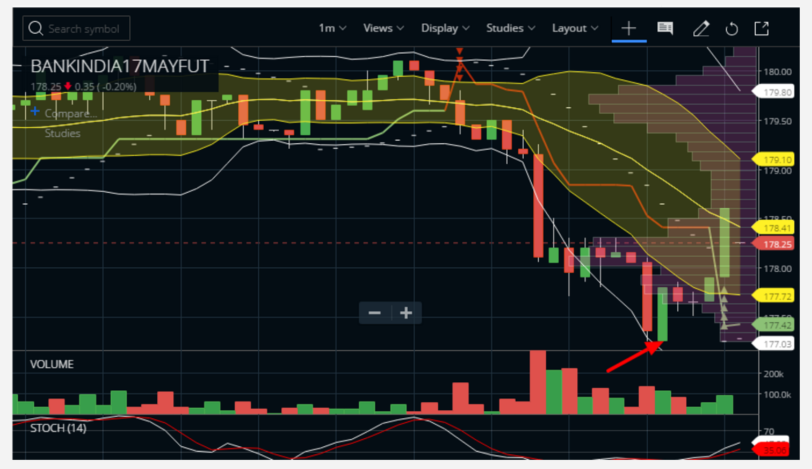 This is Bank India case which we were talking about. 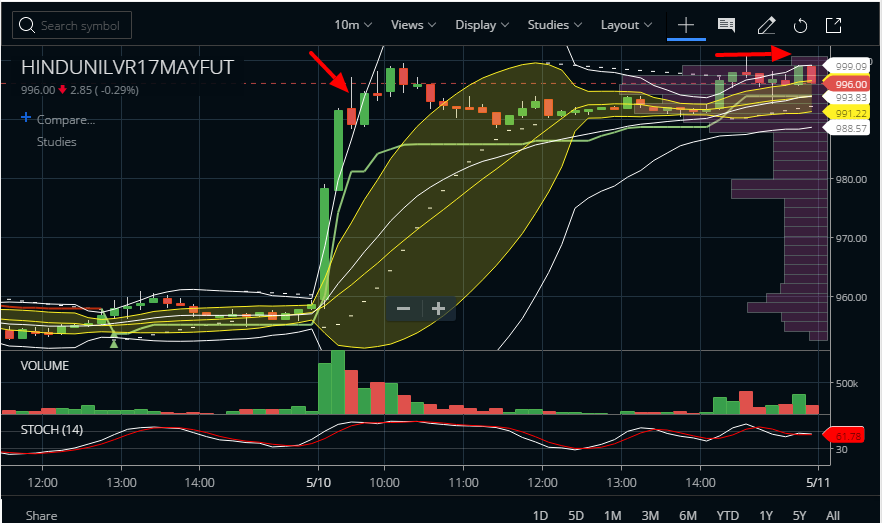 This is Hindustan Unilever Futures which was shorted today. 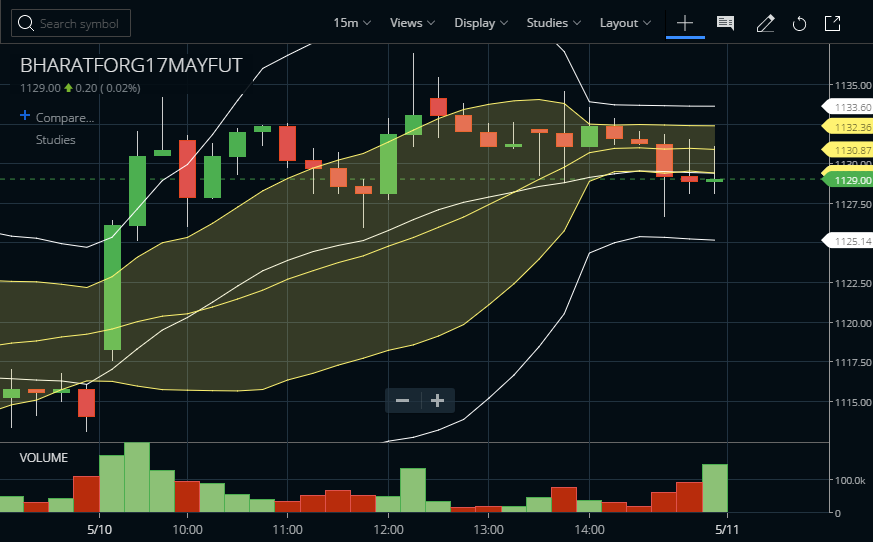 This is the case of Bharat Forge May Futures. These are all examples of where 3BB went invalid and we got the double loss. So how to trade this?

If we see with volume profile, we see people have heavily traded in that area on the tussle of last 3 candles which was struggling towards opposite directions.

So whenever the 3BB fail happens it creates a breakout spike. In the case of Bank of India, the breakout was towards downside because those who had long the stock in the early regions closes their position out of fear. But let’s not go there in details.

The trade here in case of Bank of India is that you can long it from the lower level and if you draw a line from the 3BB formation; the scrip is bound to touch there from the downside. 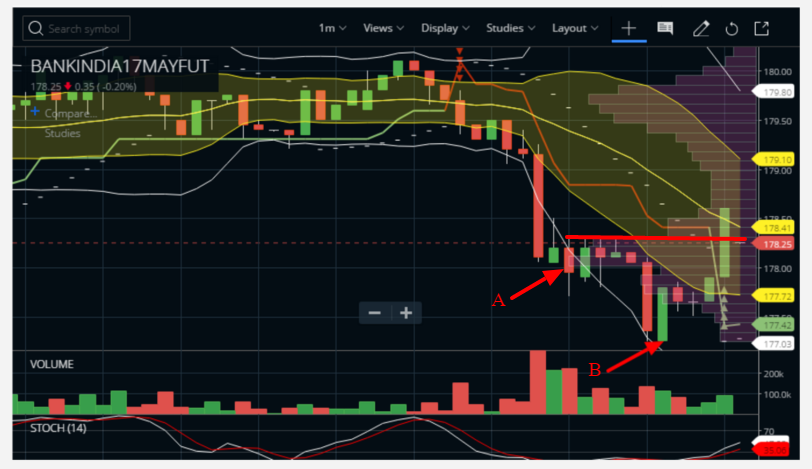 Also, failed cases of 3BB make high value of STOCH showing an eminent overvaluation. In this case of Bank India, it is oversold.

By Volume Profile barrier, I meant the large spike of volume profile which you can see here. It means people have entered in that position and hence it will create as temporary support or resistance.

As the reversal happens, where is the next volume profile barrier? The line where failed 3BB happened. It creates a huge barrier!  Now, two cases can happen –

But we don’t bother in those cases. We just are happy on the fact that it will reach that line and we exit it safely.

So in short, I am taking this Bank India trade to explain –

It’s a distinct use of martingale. Martingale does this by “doubling exposure” on losing trades. The important thing to know about Martingale is that it doesn’t increase your odds of winning. Your long-term expected return is still the same. It’s governed by your success in picking winning trades and the right market. You can’t escape from that.

What the strategy does do is delay losses. Under the right conditions, losses can be delayed by so much that it seems a sure thing. We shall discuss this later on.

So, in here we are increasing the position as our probability of profit in increasing which makes it a gem because we also do have a strict stop loss system here. (In this case the low of candle B)

So we have entered long in Bank India Futures with 3 lots and now we need to concentrate on our exit strategy for maximal profit (i.e. other than just stopping on that line of failed 3BB) 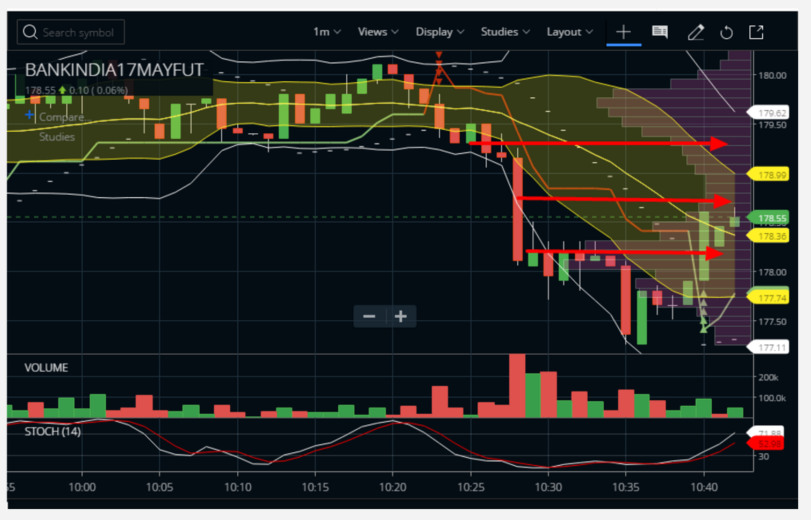 This weightage is not a necessity. It is an arbitrary greedy idea to maximize profit. Conservative investors can always opt-out.

From the above image, you can see where I have plotted the appropriate take profit lines –