A Strangle consists of a call option and a put option that have a different strike price and same expiration date. The only difference between straddle and strangle is – In straddle, we have the same strike price!

It is a neutral strategy that profits when the stock stays between the short strikes as time passes, as well as any decrease in implied volatility.

If both options are purchased then it is called Long Strangle and vice versa.

Both are strangles. But it sounds confusing. To remedy that, It is assumed that strangles are constructed with OTM options. The second variant which has both ITM options is known as Inverted Strangle or guts.

Also Note that the risk characteristics of a strangle (in terms of greeks) are almost similar to those of a straddle.

Although this is not enforceable, most traders chose their strike price in strangle so that the put delta and call delta are almost equal making the position delta neutral.

Also, price action traders don’t heed to delta but they choose the strike price based on technicals. Here is one such example – 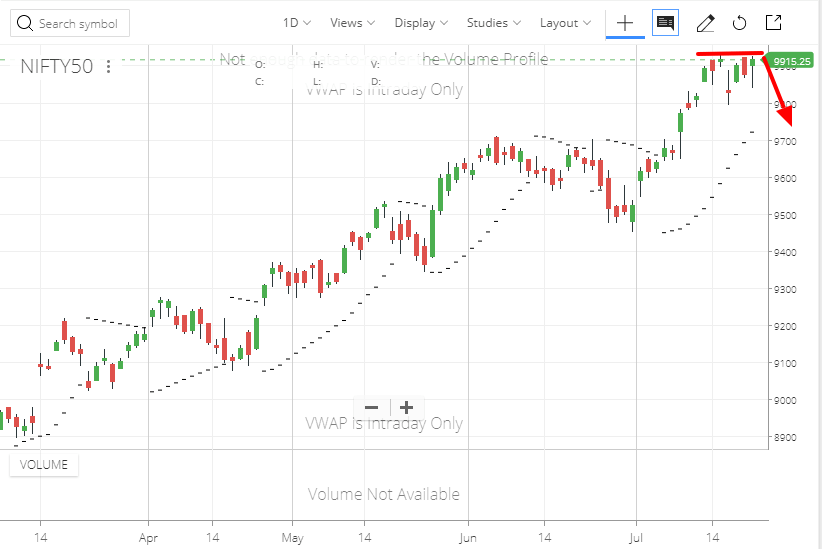 But one may ask now what is the reason for choosing a 300 points’ spread instead of just selling call options?

Basically, when it is about the choice of next expiry I am looking at a higher timeframe of the daily chart. It is consolidating right now and although it looks like it is going to mean revert there is also a possibility of a breakout which we should not ignore!

Now, if the question comes to why the choice of 9600. And, Why not 9700 or 9500? That answer lies with Fibonacci as can be seen below. Although, again, discussion on technical analysis and price action is out of our current purview, it will be unsatisfying not to disclose the proper rationale. 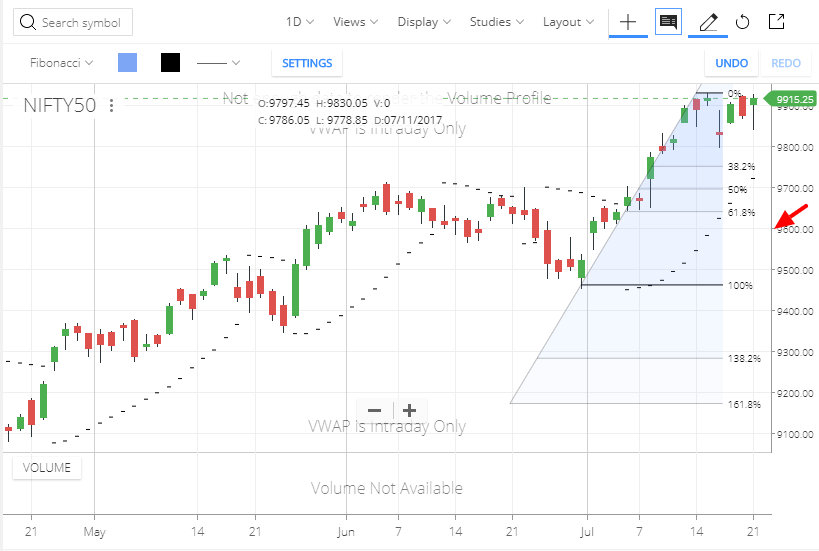 A higher IV means higher premiums i.e higher credits which ultimately means we will have wider breakeven points since we can use the credit to offset losses we may see to the upside or downside.

At the end of the day, a larger relative credit results in a higher probability of success with this strategy. But, the higher IV is a resultant of an event. As the outcome is uncertain, it becomes more risky too.

Like, IV gets insanely higher on results days’ of scrips or other fundamental events making it an amazing opportunity for strangle.