Book Value: What is it’s importance in Stock Market

Let’s give an example to demonstrate the purpose of book value. 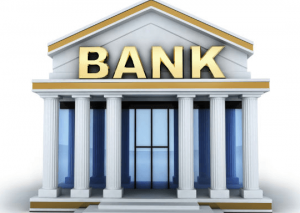 Suppose you keep 100 Rs as fixed deposit in a normal bank and earn 7% interest during the first year which you can reinvest back at the same interest rate.

Suppose there is another bank in which if you deposit your money it will immediately become half, but the interest rate will be twice the normal bank. So when you deposit 100 Rs in this bank, it will convert into 50 Rs but as a compensation you will earn 14% interest during the first year which you can reinvest back at the same interest rate.

What is the difference between the above two banks? Which one would you prefer?

But it’s highly short term thinking. Let’s see what happens after a period of 20 years.

So despite the initial disadvantage, the second bank has delivered much better returns. It implies that even though you seem to overpay while depositing your money in the second bank, you’re actually getting a better deal.

What do we mean by book value of a share?

Net Book Value of a company is the amount of money invested by shareholders in the company and it also includes retained profits of the company. It’s also known as equity capital. or example, a company that is currently trading for 20 Rs but has a book value of 10 Rs is selling at twice its equity.

If a company isn’t likely to earn more than 7% return on equity, what should be the fair value of the company with respect to its book value? Think about it.

Also think about the value of companies which are not only making high ROEs of 20–30%, but also growing at a good rate. How would you value such companies with respect to their net book value?

Note: In case you want to find net book value of a company. You can look into this amazing site named Screener instead of finding book value formula.